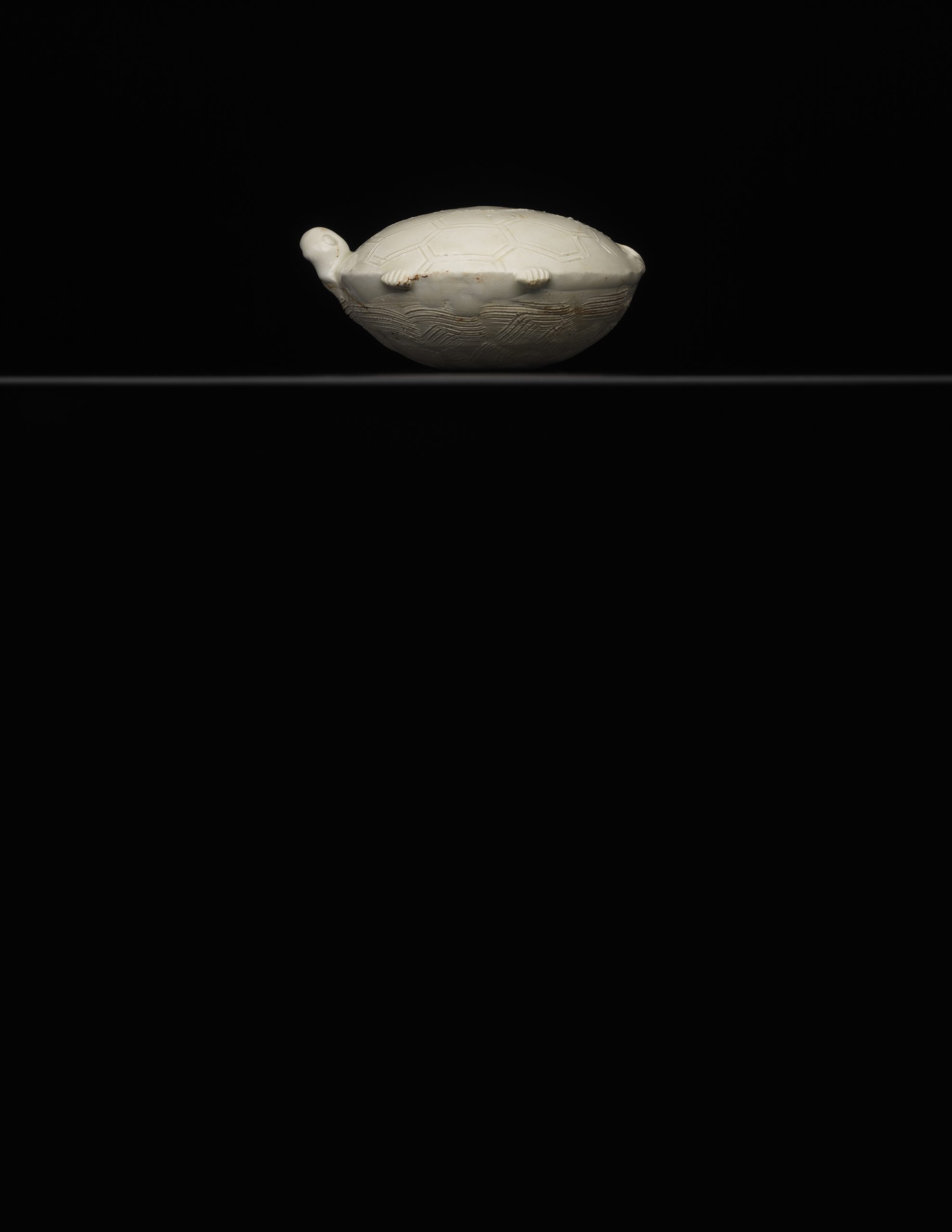 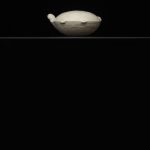 It is shaped like a tortoise, with a round back and abdomen, as two discs are joined together. The tortoise raises its head up and stares to the sky with round eyes; its four claws are symmetrical, slightly out of the shell; its short slim tail is rolled up and attached to its back. The abdomen, back, head, claws and tail are sculpted and pieced up by the technique of pasting, leaving a hollow chamber in its body. The back of the tortoise is carved with intaglio of double-layered hexagonal design to form a shell pattern. The abdomen is depicted by groups of parallel lines most likely stamped by comb teeth; lines are naturally arranged with various changes, resembling rippling water. The tortoise is covered in white glaze, leaving its abdomen exposed.

The tortoise, has always been regarded as auspicious creature, hence the folk story “the dragon carried the <River Map> out of the River Luo; and the tortoise carried the <Book Luo>”. A white-glazed tortoise of similar shape, form and pattern from kiln DING was excavated from the basement of the pagoda in Temple Jingzhi; due to its thin and light biscuit, the porcelain tortoise can easily float in the water. According to experts, such tortoise could be used as grinder or pestle with a mortar in the tea ceremony.