An Era In Jinling：A Digital Art Exhibition: An Interactive Landscape of Nanjing

Painted by Qing dynasty court artist Feng Ning around the late 18th or early 19th century, Imitating Yang Dazhang’s Painting of Jinling Cityscape by Song Court Artists is regarded as “an encyclopedic portrayal of Jinling’s history, culture, and folk customs in its heyday” and is of immense cultural and historical value. The exhibition is not a simple digitalization. The painting is magnified and projected onto a 110m by 3.6m screen with built-in intelligence technology. This set-up enables the audience to physically immerse themselves into the dynamic Jinling cityscape and wander through the Jinling’s golden age of Jinling in real time. The Deji Art Museum hopes to encourage the audience to explore and interact with history and art across time with the assistance of advanced technology and each becomes an ambassador of Chinese culture.

Feng Ning’s monumental scroll not only depicts Nanjing’s profound cultural traditions as an ancient capital but also chronicles Song dynasty’s prosperous history vividly. In order to create an appealing viewing experience and an intimate access to Nanjing’s historical and cultural past, the museum has tapped into technological innovations and mobilized nearly 400 technicians. The exhibition is equipped with groundbreaking technology in the ultra-wide band indoor positioning system and self-developed intelligent management system through which the audience can pinpoint locations with precision down to the single-digit centimeter level and initiate an interactive mode on mobile terminal to actually “walk” into the painting. The exhibition is aimed to interpret the historic cultural antiques and to revive the humanistic spirit of Nanjing City as well as traditional Chinese culture through the use of pioneering technology.

The audience will then be placed in the bustling streets of Nanjing City, make acquaintance with scholars and patricians, converse with merchants and peddlers, have intimate interactions with 533 figures in the painting, observe people’s daily lives in various scenes, and immerse themselves in the glorious cityscape of the historic Nanjing city. Visitors can stroll in the scroll to enjoy the wonder of catching a glimpse of the past and feel the grandeur and pulse of the city from more than a thousand years ago. 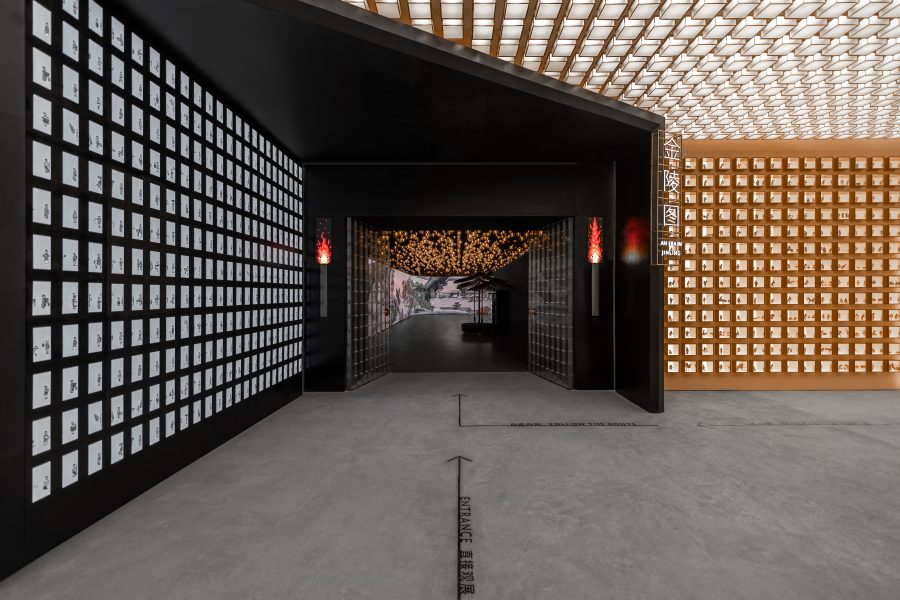 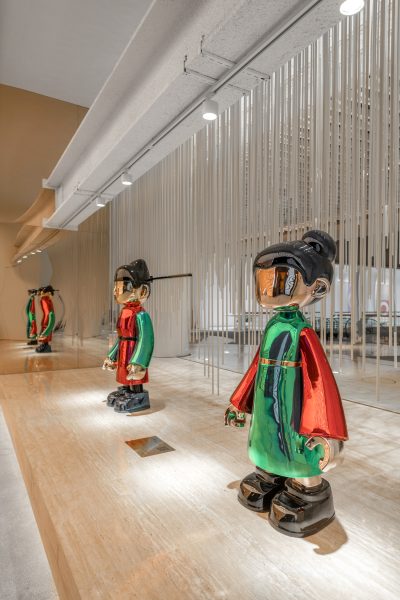 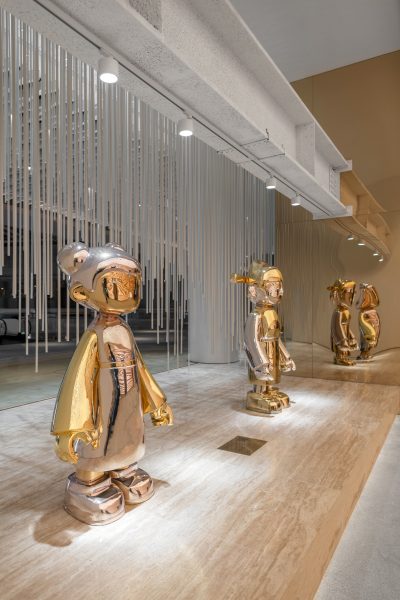 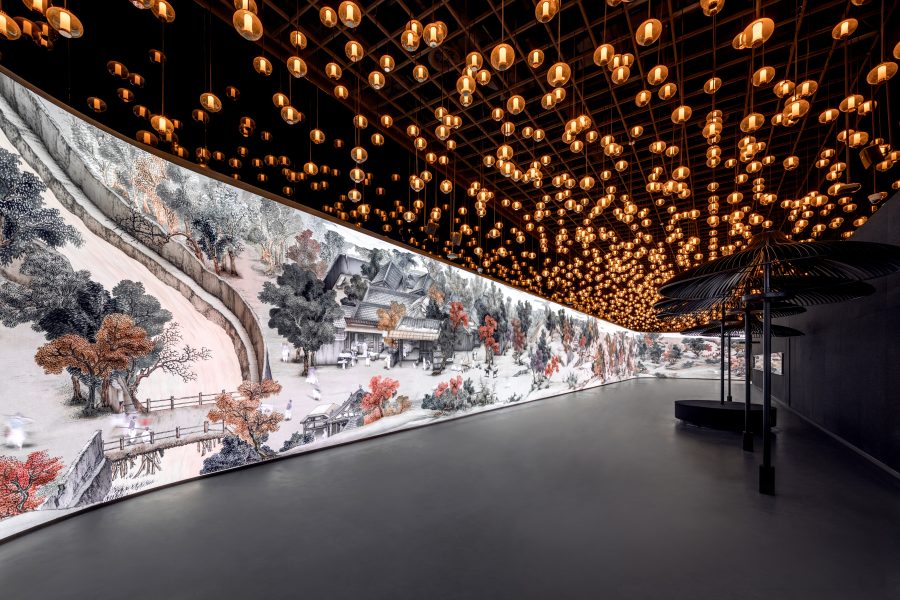 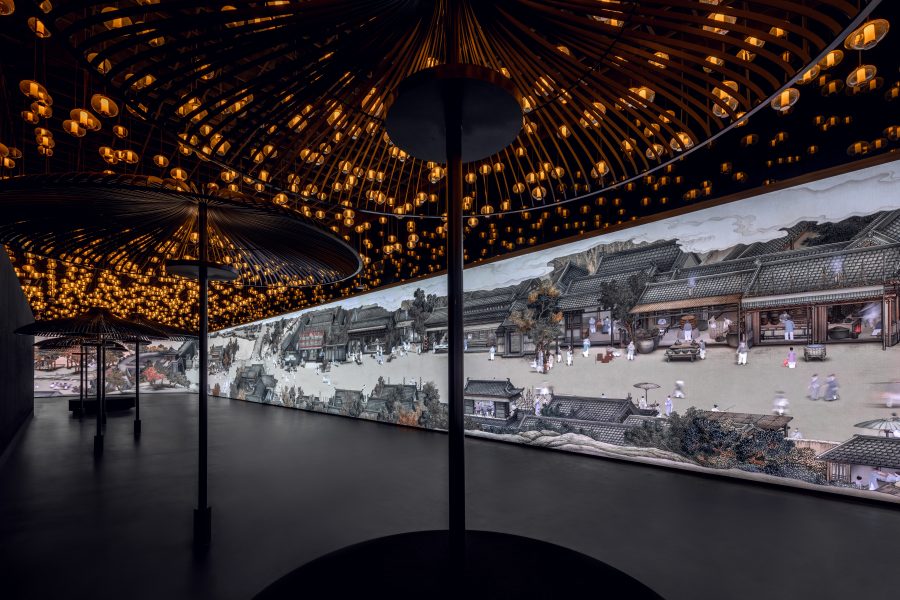 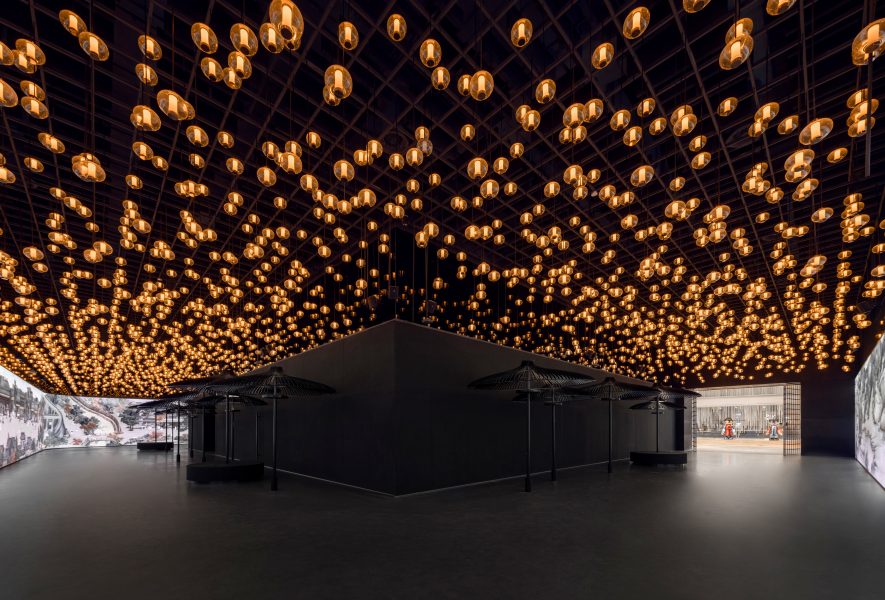 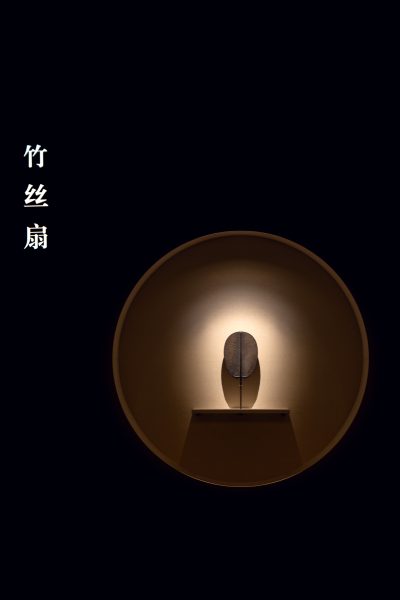 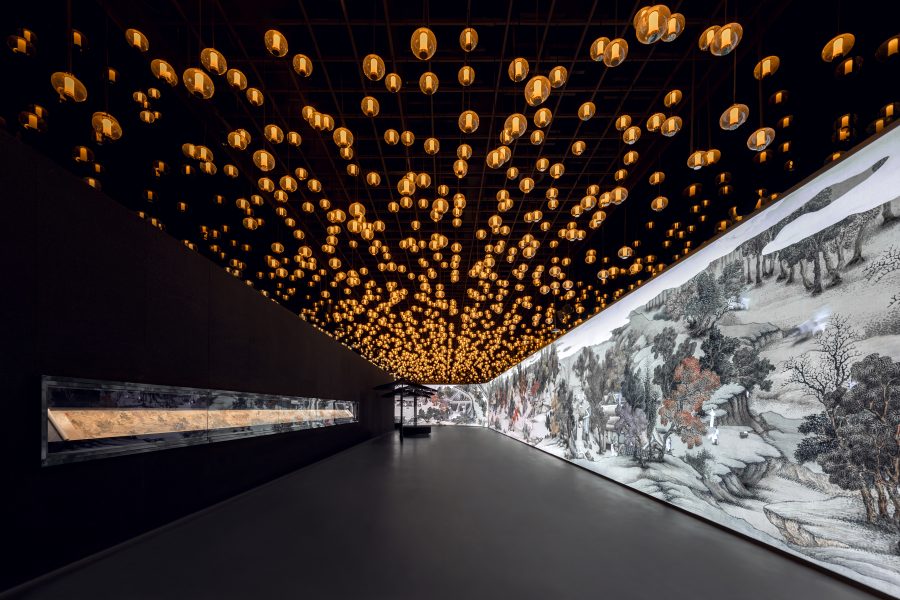 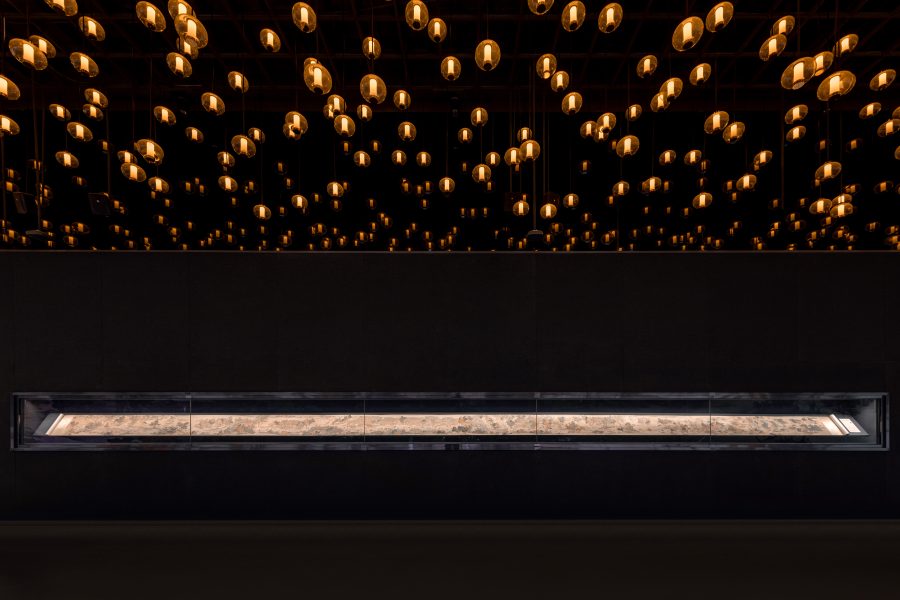 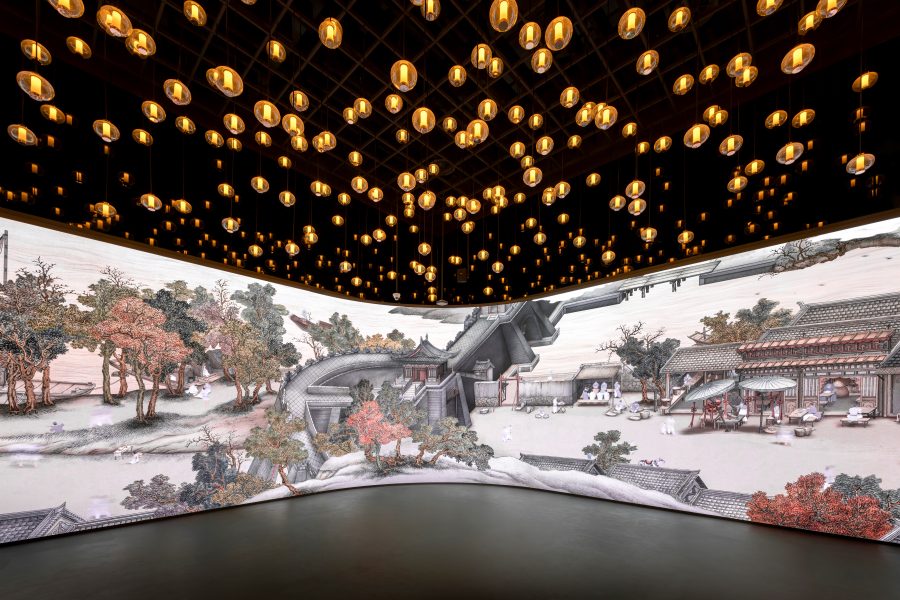 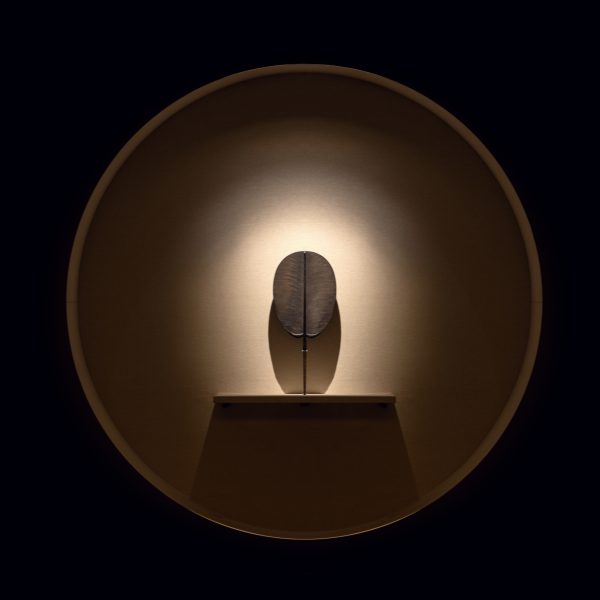 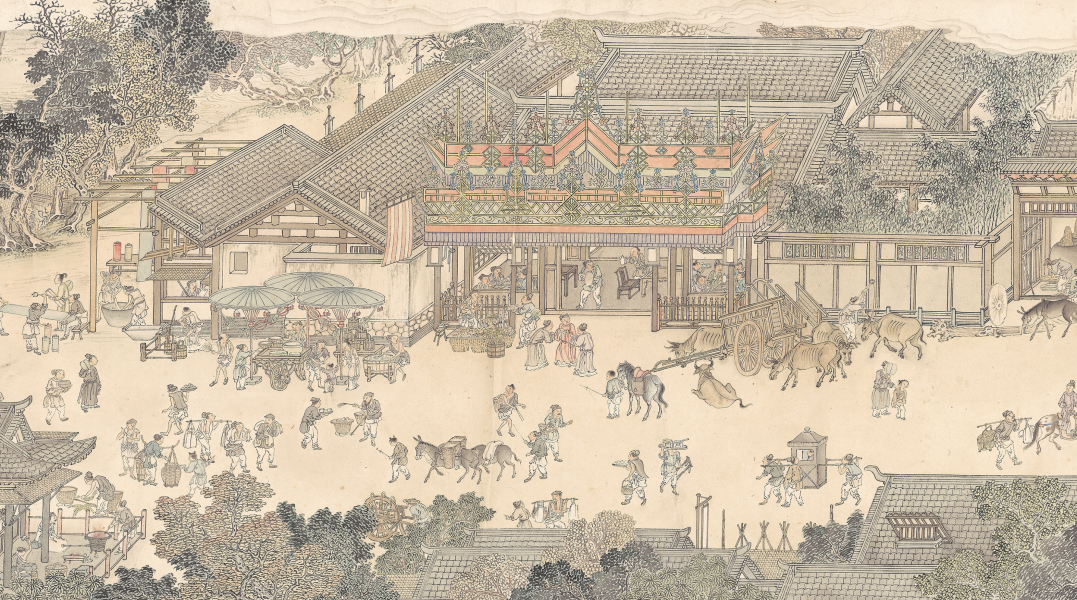 An Era in Jinling

An Era in Jinling